Coach Bill Churchill dedicated over 30 years of his life to the sport of volleyball in the Quad Cities area coaching at Davenport West (2yrs) Davenport Central (20yrs) and Rock Island High School (8yrs).

Coach Churchill coached at Davenport Central High School from 1985-2005 finishing with a 368-203-57 overall record.  His Central teams were state ranked in the top 20 in Iowa 11 years in a row.  In his last 10 years at Central his teams had a 75-15 conference record.  Nineteen of his Central players went on to play college volleyball.  Over a nine year period the combined GPA of his entire program was 3.57.  Fourteen of his former players went on to become high school or college volleyball coaches.

Coach Churchill won numerous awards over his career, however, he is most proud of all of the accomplishments of his players.  His pleasure was helping develop a student to be the best she could possibly be athletically, academically, and personally.

Coach Churchill is highly regarded as a teacher, mentor, friend, and ambassador of the sport of volleyball at all levels.  It was not rare to see him at a youth event watching one of his young teams play while helping the kids learn how to keep score, line judge, develop skill.

We are honored to have Coach Bill Churchill as the honorary captain of the 1st ever Iowa vs Illinois High School Senior All Star Volleyball Event in the Quad Cities.  Thank you coach for being a huge part in the development of the great sport of volleyball over your career. Type your paragraph here. 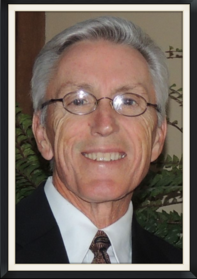