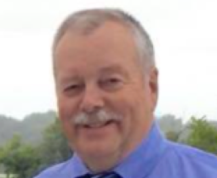 Mark Massey is a 1967 graduate of Savannah High School in Illinois. Mark, known as “Mass”, he lettered in basketball and track in high school. Upon graduation, Mass attended Knox College located in Galesburg, Illinois.

Mark graduated from Knox in 1971 with a degree in Political Science. Mass landed his first job at Clinton Middle School in 1973. Mark later earned his Master in Education degree from Western Illinois.

Mark started his volleyball coaching career at the Middle School going 20-7. In 1978, he took over as the head coach at Clinton High School. He led the River Queens for 38 years, compiling a 818-373-68 record.

He took Clinton to four state tournaments, finishing second in 1982 and 1994. He won the Mississippi Athletic Conference title five times. He currently has 232 MAC conference wins, the most in conference history.

Mass held over 50 youth clinics in Clinton and helped to begin Clinton’s club program in 1985. He coached 20 Division 1 athletes and 1 High School All-American.

Mass was an innovator in the early years of volleyball. He was one of the first to implement a middle attack and to introduce an aggressive topspin serve.

Mark worked hard to improve his knowledge of the game. He attended clinics, read books, watched videos, and observed college practices throughout his career.

Tom Keating, also a Hall of Fame Coach, said he and Mass would talk weekly about their teams. They would both challenge each other and help each other with matchups and strategies, thus forming a strong relationship.

Barb Brondyke, a long time assistant, said Mass had a habit of jumping when great things happened in a match. Barb did notice that his vertical got lower year by year.

Mass loved popcorn and was frequently seen eating it before, after, and even during the match.

Mass has a very dry sense of humor. After a particular match in which his Clinton team lost, he told the opposing coach, “I don’t think I will be able to sit down after you kicked my butt that hard.”

Mass loved his players and considered them his volleyball family. He supported them and even traveled to Nevada to watch one of them play at UNLV. Mass was also complimentary of other teams. After a loss, he went to the opposing team’s bus and gave them credit for their level of play that night.

Mass was inducted into the Clinton High School Hall of Fame in 2015. Mass’s Hall of Fame induction could be contributed to family DNA. His father and brother are also Hall of Fame Coaches in Illinois.

Mass lost his wife, Kathy, to Breast Cancer in 2015. They have two children, Evan and Sarah.

Mass is retired from teaching and coaching and still lives in Clinton.