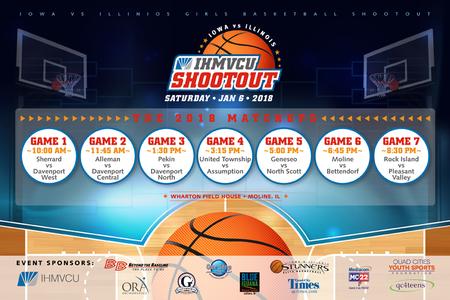 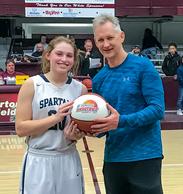 In college, Lori is still in the top 5 all time in assists, steals, and free throw percentage for William Penn University.

Much like so many athletes today, Lori was an incredible multi-sport athlete.  While earning her Bachelor of Arts Degree at William Penn, she was a member of the AIAW Division II National Basketball champions in 1981 who also place 3rd nationally in 1980 and 1982.  She also competed on both the golf and softball teams that excelled.  She then went on to earn her Master of Science Degree from the University of Iowa.

Lori can do it all.  Whatever her team needs, her goal is to help the team succeed.  She is a true student of the game.  She has evolved in that role not only as a teacher at Bettendorf Middle School, but as a teacher of the game and a mentor for others.

In 1994, she coached her Bettendorf girls basketball team to the first ever state championship in the Quad Cities area.

Over the years Lori has continued to follow her passion for sports and teaching including serving as co-camp director at St Ambrose University with current Iowa head coach Lisa Bluder.  In addition, she was a staff member and assistant director of the C. Vivian Stringer Basketball Camp at the University of Iowa as well as numerous other camps.

Probably Lori’s biggest assist has been the continued support for her Hall of Fame husband, Coach Jay Hatch.  Jay continues to use Lori’s input and guidance in his coaching career.

Lori and Jay have 2 daughters, Emily and Erin.  Erin is competing this Saturday at the shootout.

It is only fitting to have Coach Lori Hatch as our first ever honorary captain for our event.